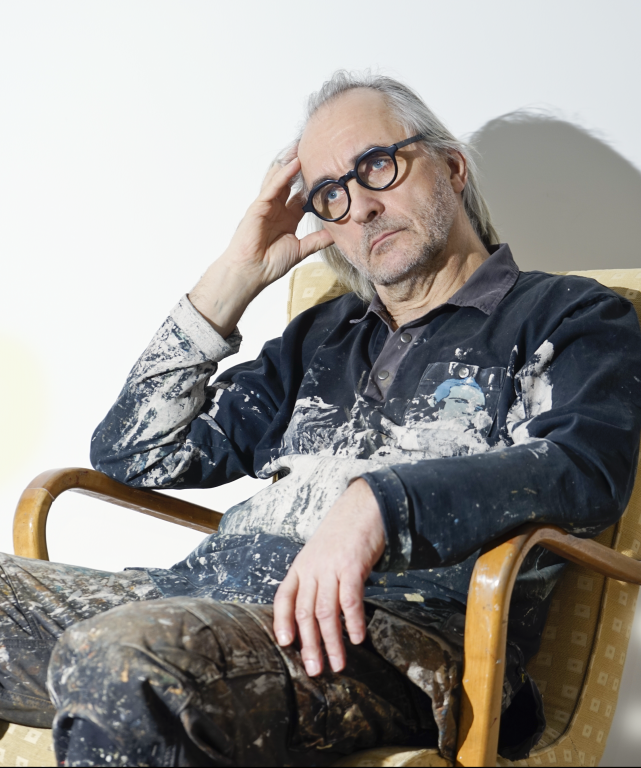 Jarmo Mäkilä is a respected and internationally successful postmodern visual artist, known especially for his colorful acrylic paintings. His best-known works deal with the ills of society, the subjects of the workers, and the little boys jumping in the woods, presented in a semi-surreal style.

Mäkilä’s diverse production conveys strong emotions and he challenges the viewer with his art. Some of his works are gloomy and even scary while making the viewer accept that a work of art doesn’t have to try to please the eye. Some of Mäkilä’s works are so full motion that when you look at them, you start to hear sounds. Mäkilä admits that he is unable to work in silence. The works have been created to the beat of rock and classical music among other things.