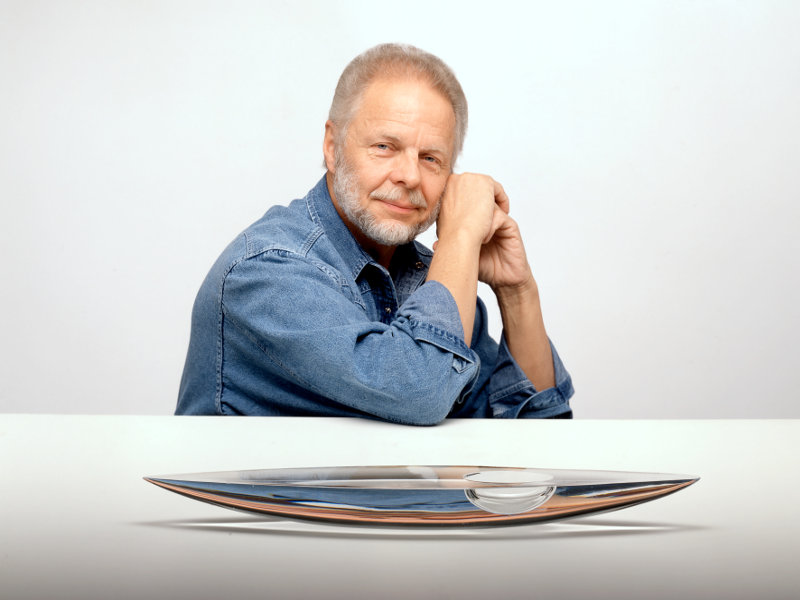 Timo Sarpaneva’s (1926-2006) grandfather, who worked as a village blacksmith, once worked a scythe with an anvil. Little Timo tread the bellows and was so fascinated by the work that didn’t notice the forge spitting sparks over his bare feet. Later, Sarpaneva grew into a designer and sculptor, who became one of the messengers of Finnish design in the world.

Sarpaneva’s production is diverse, ranging from utility and art glass to graphics. Sarpaneva was fascinated by the unique optics of glass, and he called it a spatial material. Indeed, Sarpaneva has been said to have a rare ability to be captivated and worship beauty.